Who are the real “enemies” of the Democratic Party

There are several types of enemies in the Democratic Party, which today are attracting a great deal of public attention, and which many wants to see as hope, as a real alternative to the government.

Because an opposition and a real alternative, is good even to the incumbent Prime Minister himself, who in fact, as accepted by many analysts, was born very lucky.

Because the division and debate within the opposition, probably serves Prime Minister Rama more than anyone else.

But through a simple analysis, looking into the eyes of ?enemies?, with facts and arguments, we will understand what actually happened in DP. 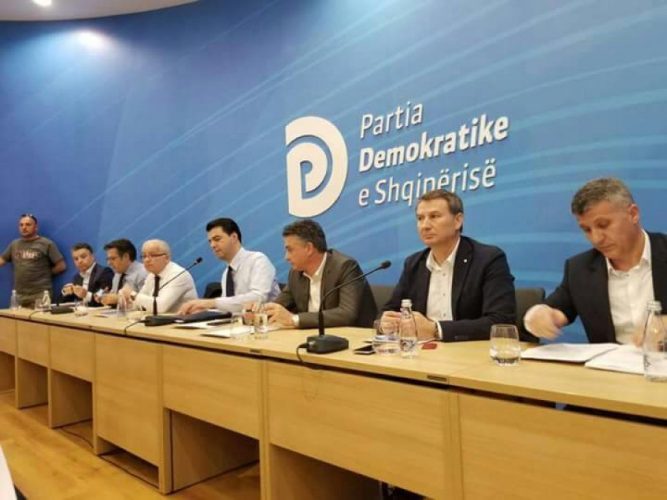 Sali Berisha is the first to ask for a public apology for his relationship with Lulzim Basha, and for supporting the wrong actions of the latter. Many others have joined the former Prime Minister?s move. Some of them have been the main instruments of Lulzim Basha for the degradation of the Democratic Party in the current situation.

Including those who today criticize him as Fatbardh Kadilli, Arben Ristani, Edmond Spaho or Edvin Kulluri, Flamur Noka, Edi Paloka, Tritan Shehu and many others who step by step have come out against Basha.

In the 8-year history of this opposition, they have been supporters of Basha according to their current interest and personal bargains with him, without worrying at all about the DP and the Democrats.

When they couldn?t get what they wanted, they started to oppose Basha.

Therefore, the analysis must be done with the real ?enemies? of the Democratic Party.

In 2013, there was a current that joined Basha with the request and blessing of Berisha, while ?enemies? were declared those who were with Sokol Olldashi. 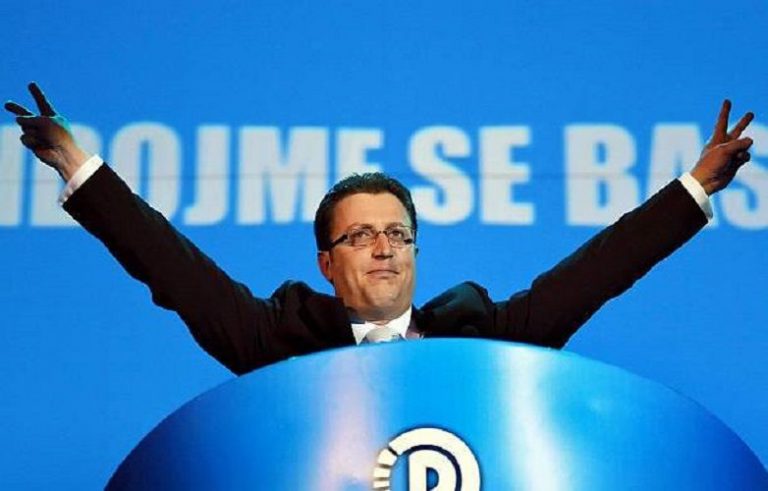 They were considered traitors, party elders, destroyers of the DP, even though this party had remained in power for 8 years, and a political rotation was normally expected.

As we expected this year, but it didn?t happen due to the situation in which the DP was, due to different types of ?enemies? created in 2013.

After losing elections began a movement strong, where was demanded Basha?s resignation.The movement was led by a group of people who today are ?enemies?, and who at the time demanded a statutory change, rules within the party.

They started to fight against the chairman of the Democratic Party, only after Lulzim Basha was not given the mandate of deputies. Of these, were elected only Flamur Noka, Edi Paloka and anyone else whom Basha kept close ostensibly as supporters of Berisha?s line.

However, they too were averted. But again they didn?t start to oppose, but allegedly played with some principles and rules of the party. 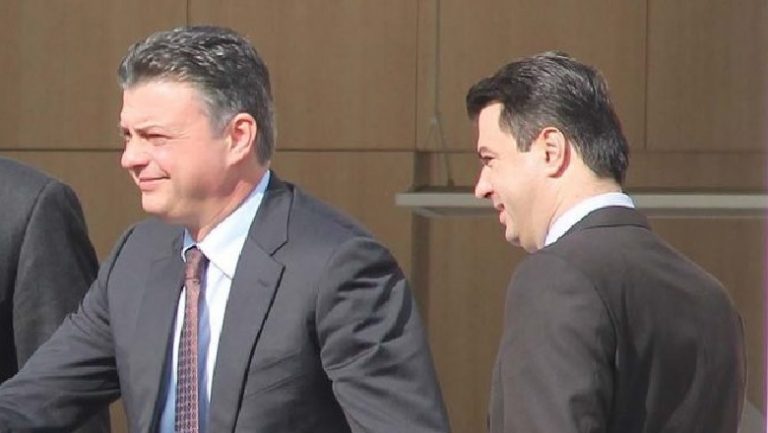 On the other hand, Lulzim Basha?s secretariat consisted of Arben Ristani, Enno Bozdo, Fatbardh Kadilli, ie those who manipulated the official processes of the Democratic Party for 4 years, those who destroyed the DP from the cell.

They put incompetent, ignorant, mediocre and hated people at the head of the DP branches, only because they did what Luli Basha asked them to do.

Arben Ristani, Enno Bozdo and Fatbardh Kadilli, Noka, Spaho, Paloka or many others that we are not mentioning by name, agreed to have a post in the presidency, hoping that they would be deputies after 4 years.

Then came the burning of mandates, the boycott of local elections, the losses. But they start talking only on the day when they gained nothing for themselves. Different were some others, who after 2017, started talking.

But within the DP dominated the line arguing that the party chairman should be respected, that the ?enemies? were destroying the party, that they shouldn?t leave the party.

However, some started talking outside the DP.

Some spoke on screens, against the chairman, against the party, and today some are with Berisha and some with Basha. The others remained silent and expected Basha to lose or win and then act.

In case they lost, the bargaining people would come out openly against Basha as they have come out today. In case Basha would win they would receive the benefits of power. Meanwhile, others decided to go to the base, where they were sabotaged by Berisha and betrayed by Luli Basha?s bargains. Now they have come out and say they are a different alternative. They make morale of others.

They complain that they have been declared ?enemies?, and even shout loudly:?We are not enemies, we are democrats!?.

Because they said that ?Lulzim Basha is incompetent?, and wanted a real debate and competition within the DP? And in case the DP lost the elections in 2013, these people are part of the responsibility. They are incompetent and don?t liked by the DP base.

These are people used as instruments to disrupt the DP. And these are not the only names we mentioned above. There are dozens of them. Today they have joined Berisha?s ?Rostrum?, and they are definitely welcome to tell the truth. Maybe they are relieving their souls of their sins.

But these masked men, who have waited for chairs and posts from Basha, who have waited for him to win and reap the benefits, and now that he has lost are against them, are the most disgusting people who can exist. Not for Lulzim Basha, nor for Sali Berisha. But for Democrats.

For those who have seen how Fatbardh Kadilli manipulated the elections in Berat or Lushnje, Flamur Noka in Kukës, etc.

All the delegates in the regions, from Shkodra, Korça, Dibër, Vlora, Elbasan and Durrës, manipulated the data. The main instrument was to change the turnout figures.

The elections in Devoll, Saranda, Lezha, and Fier were manipulated. Everywhere.

And so did many of those who are preaching morality today.

There are also deputies who stood by Basha. Those who attacked and accused anyone who spoke against Luli. Isn?t it Tritan Shehu or Edmond Spaho? 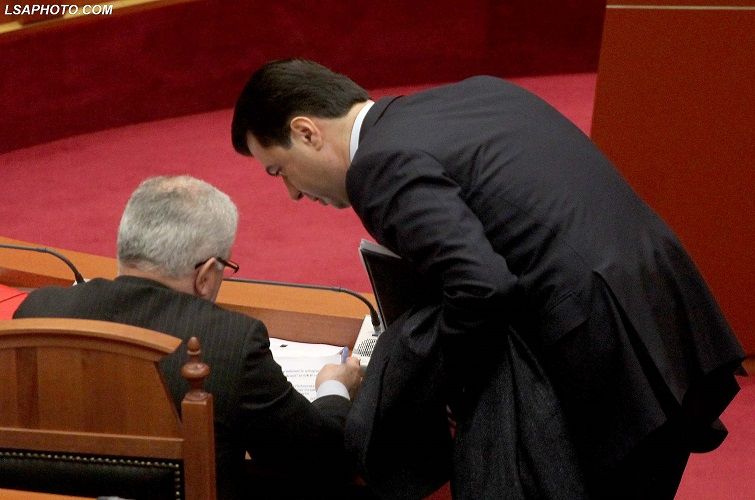 And Noka said that time that?he wanted the party more, and not Luli?. While today, he loves more not the Democratic Party, but Sali Berisha.

These are the real problems of the approach that Democrats should have today to the ?Rostrum? and the guarantees and rules that should emerge from the debate within it. It is these people who have served Lulzim Basha even with Berisha?s blessing for the dismemberment and destruction of the Democratic Party.

At least Berisha is asking for a public apology, and is making an unprecedented political act. These kinds of servile and destructive people are the real enemies of the Democratic Party. They don?t even have the courage to apologize, because they do not call themselves guilty, when in fact they are as responsible as Basha, and more than the one who exploited them./CNA.al 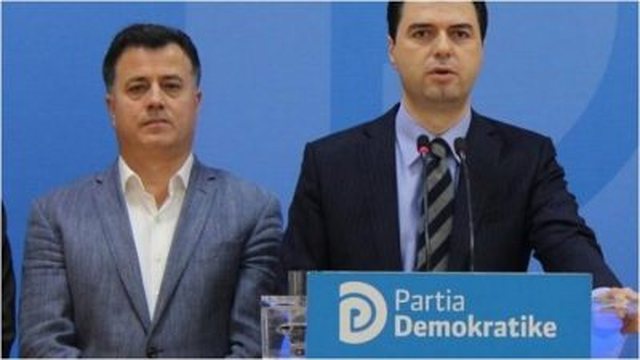 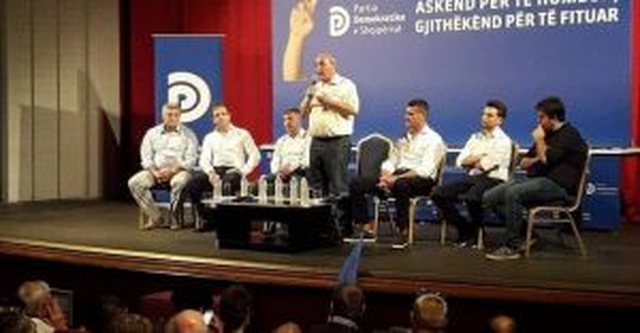 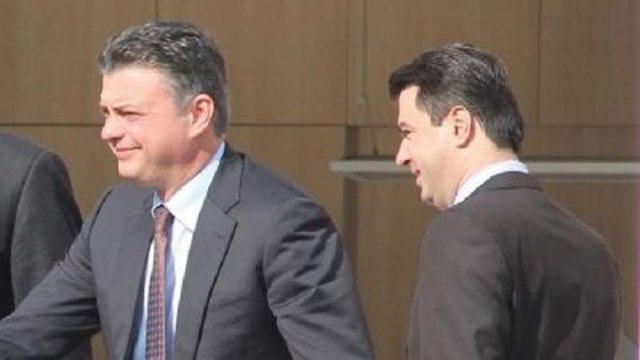 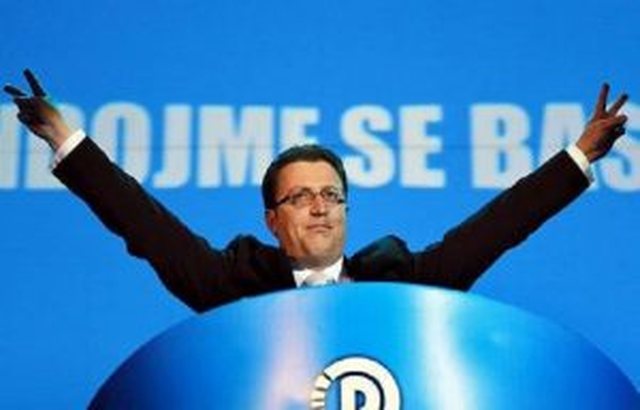 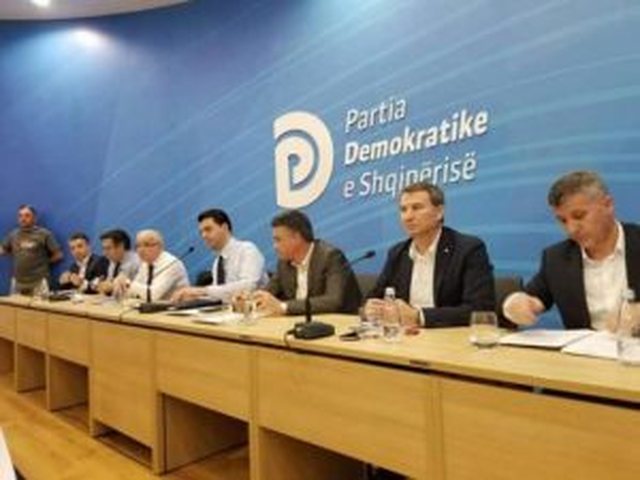 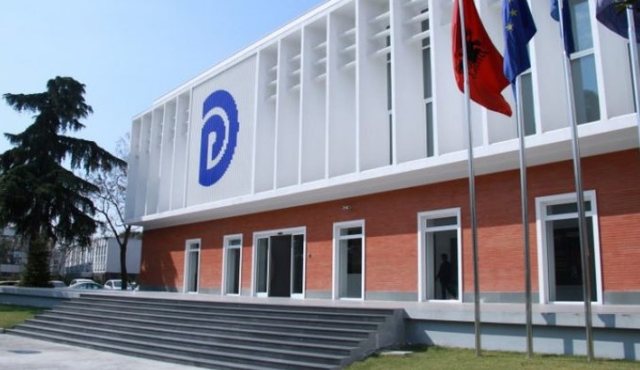 The AEPC-NOA scandal/A corrupt affair, from Benet Beci to the institutions involved

For several days, CNA.al has denounced through official and ...

The AEPC-NOA scandal/ A corrupt affair, from Benet Beci to the institutions involved

For several days, CNA.al has denounced through official and ...

The decision of the Venice Commission, a hard “punch” for Lulzim Basha and Ilir Meta

The political parties have provided a draft preliminary repo...

In the last parliamentary elections, the Democratic Party ma...

The document/ How started the AEPC-NOA corruption affair

Today we are making public a document that was sent in Engli...

Revealed other details from the abuse of AEPC/ CNA.al publish the documents, two institutions are involved in a scandal

CNA.al has been reporting for two days regarding a scandal t...

The criminal contract/ AEPC, loss of millions of euros with energy exchange

During a press conference a few days ago, Prime Minister Edi...

It seems that the former Prime Minister Sali Berisha has rai...

Lulzim Basha has gone, the problem is what will happen to Berisha

In all media and political circles, but also by many citizen...

What is the truth of Lulzim Basha’s lobbying in the USA?!

In recent days in the Albanian political scene, has returned...

The failed IDEA of Fatbardh Kadilli and the “democratic” robbers

By Elvi FUNDOFatbardh Kadilli, one of the most failed and pr...

The scandal/ Lulzim Basha in the service of the incinerators affair

The incinerator concession affair is one of the most accused...

The tentacles of the incinerator companies managed by public...

File in SPAK for Ilir Meta?/ Who shut the mouth of the President of the Republic

The incinerator concessions in Albania, are one of the most ...

The affair of the century/ Incinerator corruption “buys” the silence of SPAK?

September was expected to be the month of finalizing a fierc...